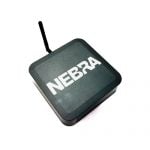 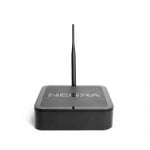 Earn HNT cryptocurrency by mining Helium and building coverage for The People’s Network using the Nebra HNT Indoor Hotspot Miner. Anyone can join The People’s Network and provide hundreds of square miles of wireless network coverage while mining HNT on the Helium Blockchain just as hotspot miners do.

Helium LongFi™ is a technology architecture that combines a leading wireless technology, LoRaWAN, and the Helium Blockchain. LongFi™ is optimised for miles of range, and long battery life for IoT devices.

How much does this miner earn?

Compared to other cryptocurrencies there isn’t a constant amount of HNT earned per day by the units due to the variations on a setup to setup basis.

Take a look at this coverage map to see what others in your region are earning.

This kit comes with: